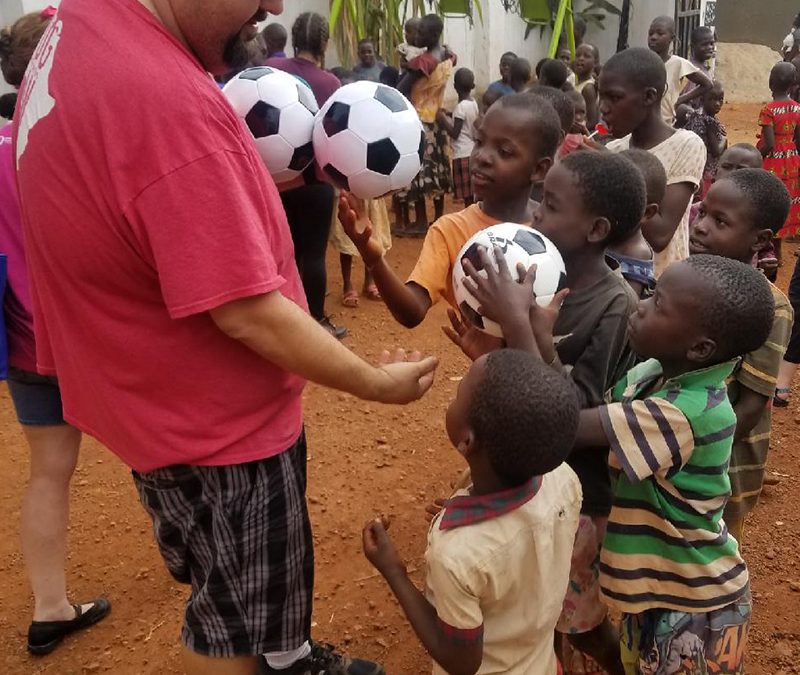 Our friend, Bryan Hall, recently returned from spending time in Uganda ministering at an orphanage which his church Open Door in Burleson supports.  As he and a group were driving down the road, they saw a boy playing soccer with a ball he or someone else made from plastic grocery bags.

Rick (Zeb’s granddad) and I had a chance to visit with Bryan about his trip not long after he returned from Uganda.  He told us about coming across the boy as they drove.  He directed the driver to stop the car.  The young boy could speak no English, but through a translator, Bryan told him about Zeb and presented him with a Zeb soccer ball as well as cleats and a jacket in return for his soccer ball.

Bryan gave Rick and me the ball for us to keep.  That little handmade ball is a treasure to me.  It represents a conversation that we had with Zeb where his granddad and I described similar balls we have seen around the world.  We explained how kids wad up material such as plastic grocery bags with strips of cloth or plastic tied around them to hold them together.  It’s part of what inspired Zeb to want to give soccer balls to kids around the world.