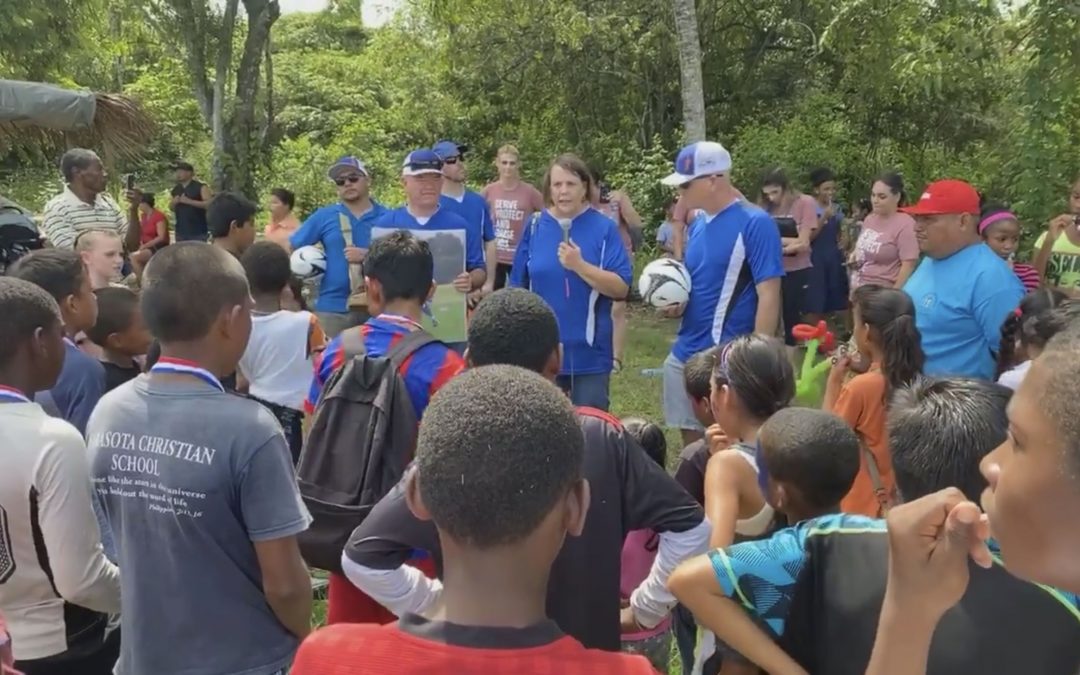 Zeb’s Dad David and his best friend Billy go down to Mexico every year to distribute Soccer balls, ZEBSTRONG backpacks, and food with the help of Pastor Juan Ramos.

The local kids pretty much swarm them at the different churches because first of all, they’ve got soccer balls.

We love Pastor Juan because he is such a humble man. For the past few years working with Zeb’s Foundation, he has been battling two different kinds of cancer. He would go to the hospital, be on death’s door, and would still get up and he would go somewhere in the world to give out soccer balls, preach the gospel, and work on outreach in a community.

In October 2019 five of Zeb’s Foundation Board members traveled to San Ignacio, Belize and participate in a ZEBSTRONG Soccer Tournament hosted by Spark Worldwide benefiting a local school and orphanage. This was the first time that Rick and Judy got to meet Pastor Juan, and he came over to shake their hands saying ‘it is such an honor to meet Zeb’s grandparents!’ – but they think he’s probably the one who should be famous.

Whenever we are on a mission the children are always excited to learn about Zeb’s story after the tournaments. On this trip it was David who got to tell Zeb’s story directly. He was the one who would always cheer Zeb with how he would overcome his own cancer and be able to take his story and his dream around the world, so it is special that his father gets to be the one who directly brings that dream to life. This was such a great opportunity to see the soccer balls and that dream in action!

David and Billy took another trip in September to help Pastor Juan give out another 120 soccer balls in Zacatecas, Mexico and learned the great news that his cancer has been successfully treated!