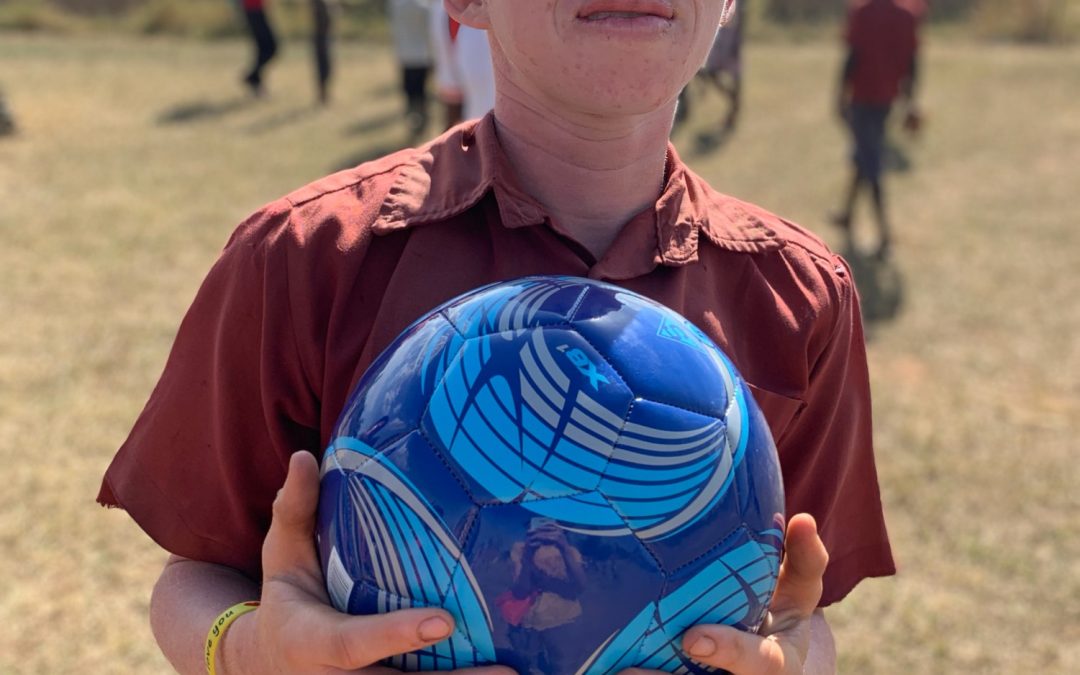 This young man lives in Uganda, where in addition to the medical complications of being albino, he also has to deal with huge social stigmas and even physical threats. He did not even want to come out of his house because the other kids would chunk rocks at him.

But Open Door Church and Spark Worldwide had been in his community to build a hospital, a school, and homes – and they took some ZEBSTRONG soccer balls with them as well.

They had 10 or 12 soccer balls to give away to the hundreds of kids who showed up. But when they kicked the balls out into the crowd, this is the ball that he got. And it helped him be special and raised his status. Not just the soccer ball of course, but also by the mission leader Troy Brewster. Troy pulled him out of the crowd, blessed him in front of the people and said, you gotta stop treating him this way.